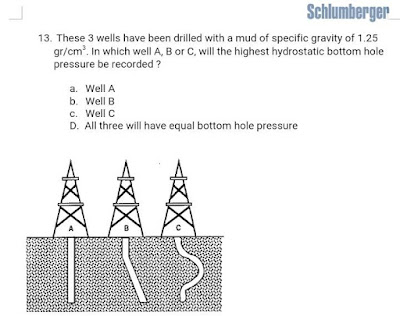 Look at this picture and answer which well A,B,C will the highest

(Number (D
because 3 wells have the same TVD and Hd depend on True vertical depth not on Measured depth and this angle doesn't affect on the pressure Value
Hd=0.52*Mud Density*TVd

D, all have the same depth (tvd) and same mud gravity , density.
From phesics p equal to the weight of the virtical air +Wt of mud .
&all are equal

you can also
Schlumberger Exam for Roustabout,Floorman,Derrickman And Drille