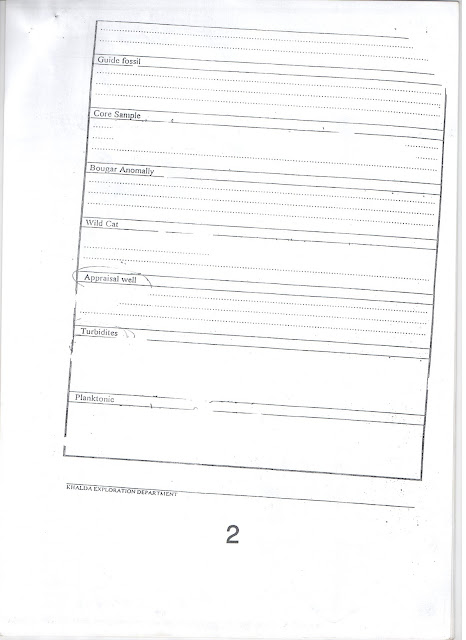 ?Give sex type of sedimentry rock

?To form an oil pool four factours are required

what the differance between

Give short note about

Mud Circulation: the way mud takes from mud tanks through flow lines, pipes, then go back again to mud tanks 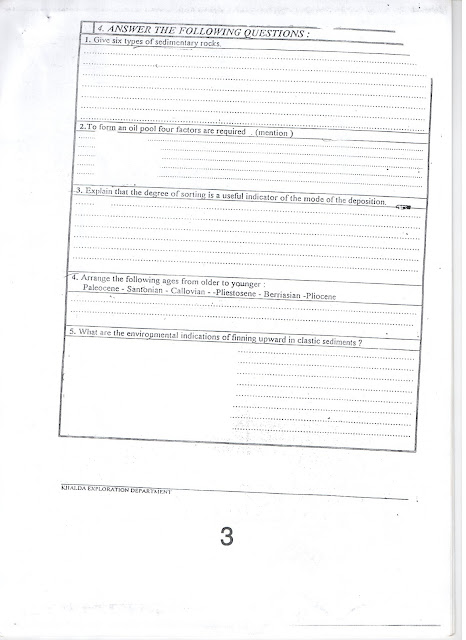 Formation: a stratigraphic unit characterized by limited geologic age and known by lithology and fossil content

Unconformity: a gap in time in the stratigraphic column which is
resulted either due to erosion or non-deposition

Index fossil: a special type of fossil characterized by high areal extent and limited geologic age. It is used in determining age of a
formation and correlation

Sequence: a group of strata that is characterized by an unconformity below and above

% Total porosity: the volume of rock that is pore space measured

Effective porosity: the volume of rock that is connected pores

Permeability: the ability of rock to conduct fluid measured by mdarcy

Mobility: the ability of fluids to move through connected pores

Wettability: the ability of rock to adhere water molecules

Reservoir rock: a rock characterized by enough porosity and
permeability to storage and produce hydrocarbons

Seal: a rock characterized by very or zero permeability and high
ductility that it can prevent fluids from migration

True dip: the angle of dip that is measured in a direction normal to the strike line

Apparent dip: the angle of dip that is measured in a direction other normal to the strike line

Hydrocarbon: a chemical compound composed mainly of Hydrogen and Carbon

Moveable water: free water moving in pores between grains
Connate water: or restricted water which is deposited during rock
deposition and associated with irreducible reservoirs

If Anhydrite is present in a Lime stone formation, the apparent density

- Hydrocarbon properties depend on ( its composition- reservoir
conditions- not enough information 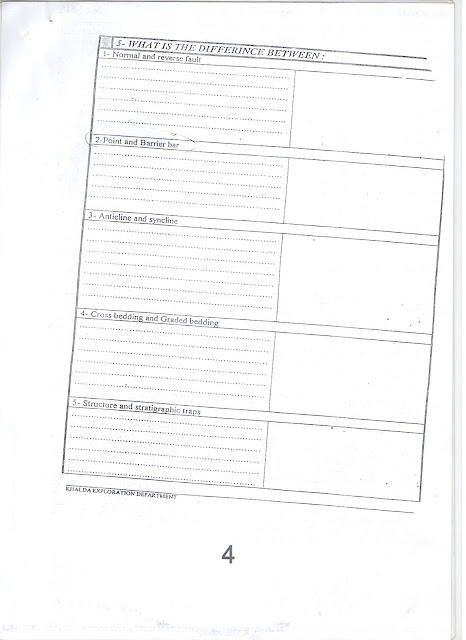 What do you know about

Clysmic fault: a rift at the eastern part of the Gulf of Suez. Clysmic faulting was initiated in Oligocene and continued into Post Miocene time

Attic oil: residual oil which can not be extracted from a reservoir
Oil water contact: the contact line between oil and water in a reservoir

Transition zone: in a reservoir it is found between oil and water, gas and
oil, and between invaded and un-invaded zone (intermediate zone) in
structural geology it is defined as a deformed zone between two undeformed zones

A trap is a geological phenomenon based on structure, lithology and it’s a ability to capture or trap oil

What is the rock name that has the following chemical
composition